Unlike its counterpart the white stork, associated with the mythology of bringing babies, the marabou stork’s unruly appearance and unsettling scavenging behaviors make this bird the center of death folklore.

The marabou stork is a unique species of bird. Known for its large stature, its long, hollow legs, large beak, and a droopy, pink wattle, the purpose of which is strictly for show, many would consider the marabou stork an unappealing animal. In spite of not having any feathers on their spotted head or legs, their bodies are covered in dark grey feathers. Unlike the traditional stork mythology, the marabou stork is associated with death rather than the bringer of babies. Sometimes called the undertaker bird, African folklore says this awkward looking stork was created by God out of remaining bird pieces when he ran out of animal parts; this is why its appearance is so unpleasant. Although unique looking, these birds have many fascinating characteristics.

Native to the sub-Saharan region in Africa, the marabou stork is very similar to a vulture. Often found scavenging near lion feeding grounds and waste sites, this bird feeds on almost anything it can find. The marabou stork is often found near grass fires due to a unique feeding behavior. The stork will advance towards the fire in attempts to catch any animals that are fleeing.

Marabou storks are very social creatures and can often form flocks of up to a thousand individuals. Sexual reproduction is reached at approximately four years of age. Mating pairs are generally monogamous, and they build large nests on treetops. Two to three eggs are laid during the breeding season and both the male and female incubate the eggs and feed the young. The chicks begin to leave the nest around four months of age. Marabou Storks generally live to about twenty-five years of age in the wild.

Because the marabou stork is a large predatory bird, they luckily don’t have many threats! The populations are actually increasing due to their ability to thrive near urbanization. Although sometimes traded at Nigerian markets, as of right now, the marabou stork is listed as least concern.

I was fortunate enough to work with a marabou stork during my time at Wildlife World Zoo. I always enjoyed watching our stork, Fred, gracefully wade in the tall grass or his impressive ability to accurately catch meat that was tossed to him from several feet away. It is my hope that these gangly creatures stick around for a long time!

Lauren was born and raised in New England and currently resides on the beautiful New Hampshire Seacoast. From a young age, Lauren always had a passion for nature and animals. She spent lots of time at various nature summer camps and playing on her grandfather's dairy farm in upstate New York. In 2015, she completed an associates degree in veterinary technology at Great Bay Community College in Portsmouth, New Hampshire. By 2020, Lauren had completed a BS in animal behavior with a writing minor from the University of New England. Lauren is very passionate about wildlife conservation and education. She enjoys writing about these topics, as well as how to maintain a healthy lifestyle, DIY crafts, organic beauty products, and more! View all posts by Lauren Bucciero 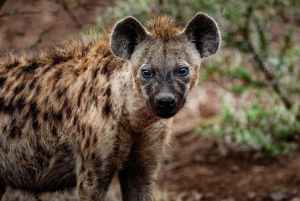